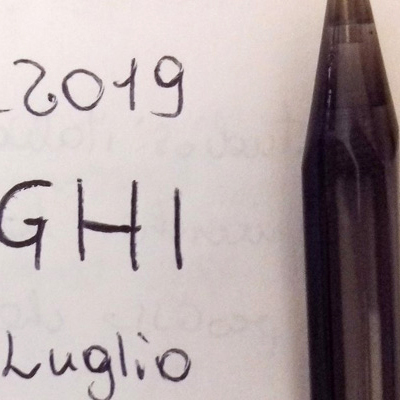 A digital volunteer from the Matera 2019 web team also participated to this co-creation workshop with the 31 project leaders commissioned to develop, together with the Foundation, 20 projects of the 2019 cultural programme. Here is Fabio Rizzi’s account.

The third co-creation workshop of the Matera 2019 projects took place on the 17th-18th July;these meetings are part of an actual educational course - defined in the build up cultural area - which the 31 project leaders must participate in, i.e. the legally recognized local association networks, selected following a Matera-Basilicata 2019 Foundation Public Call.

After having focused the previous week on the artistic aspect, this time the main themes were the development of the partnership and the places and locations of Matera 2019; the workshop was conducted by the cultural manager of the Ariane Bieou Foundation and the expert consultant in cultural policies Agostino Riitano.

Development of the partnership (Monday 17thJuly).

The opportunities at European and interregional level provided by relations with cultural partners were analysed; Ariane Bieou explained the opportunities existing within the European Union to the project leaders, including the following:

More specifically, project leaders are required to establish relations in these areas, such as the British Aerowaves platform that has signed an agreement with the various ECOCs to host their festival.

Agostino Riitano, on the other hand, outlined the opportunities at interregional level to the project leaders, focusing mainly on the Puglia and Campania regions – which by virtue of their actual size and number of inhabitants, if put together invest in culture five times the Matera 2019 budget -. Basically today, Puglia expresses interesting volumes in the field of music, while Campania has a high cultural interest in the theatre and contemporary arts - and to a lesser extent in the cinema -. Analysing the two regions in detail, Campania is the southern region with the highest number of people active in the cultural field (about 33,000), while Puglia has been one of the most active regions in Italy with the Public Notice “Bollenti spiriti”, which led many Apulian people to reinvest in their native region.

Following the lectures, we moved to a plenary session in order to debate what had been said about interregional and European partnerships.

The second day of the workshop was devoted to a preliminary definition of the places and locations where the events of the Matera 2019 projects will take place. In order to be well-versed in the objectives of the Matera- Basilicata 2019 Foundation on this topic, the morning began with the lecture of two members of the Foundation itself:

At this point, the various project leaders were divided into 2 macro-groups with the aim of drawing up a list of places - spaces “in motion” such as a river - and locations - specific places where there is a return to the public - needed for their projects and to outline their strengths and criticalities. Some very interesting ideas emerged from the 2 working groups: such as the beach club confiscated from the mafia - Onda Libera, located in Scanzano Jonico -, the Gravina torrent in Matera as a place to install artistic monitoring stations, and the concrete “ship” in the “Serpentone” area of Potenza. Lucanian cultural workers also suggested the Castle of Venosa, Montescaglioso, the MuLa museum of Latronico, the grounds of Palazzo San Gervasio, Martina Franca, Bari ... All to vouch for the interregional - not to mention National - value of the Matera 2019 project.

After the lunch break, the afternoon session started with a Skype call to Francesco "Piersoft" Paolicelli, who was already a member of the web team during the application stage, but also Open Data Manager at Matera City Council until December 2013 and Open Data trainer at Formez PA. The aim was to get the project leaders involved in the Open Street Map platform, which is very effective to represent numerical databases. Open Street Map is also a very useful tool in the event of humanitarian disasters (e.g. earthquakes) as it can map a place in real time to facilitate operations such as Civil Protection intervention.

Piersoft provided basic details on how to use the platform, which was then used by the project leaders, back in their 2 macro-groups, to map the places and locations defined in the morning activities, and to assign them some criteria such as outdoor/indoor, the current use, possible co-working spaces, theoretical capacity, etc.

At the end of the works, a final plenary session was held and it was decided to extend the deadline to hand in the drafts of the executive projects - initially scheduled for August 30th - to September 19th-20th, to allow project leaders to build international relations also using the 2.019 Euros provided by the Foundation to go&see.