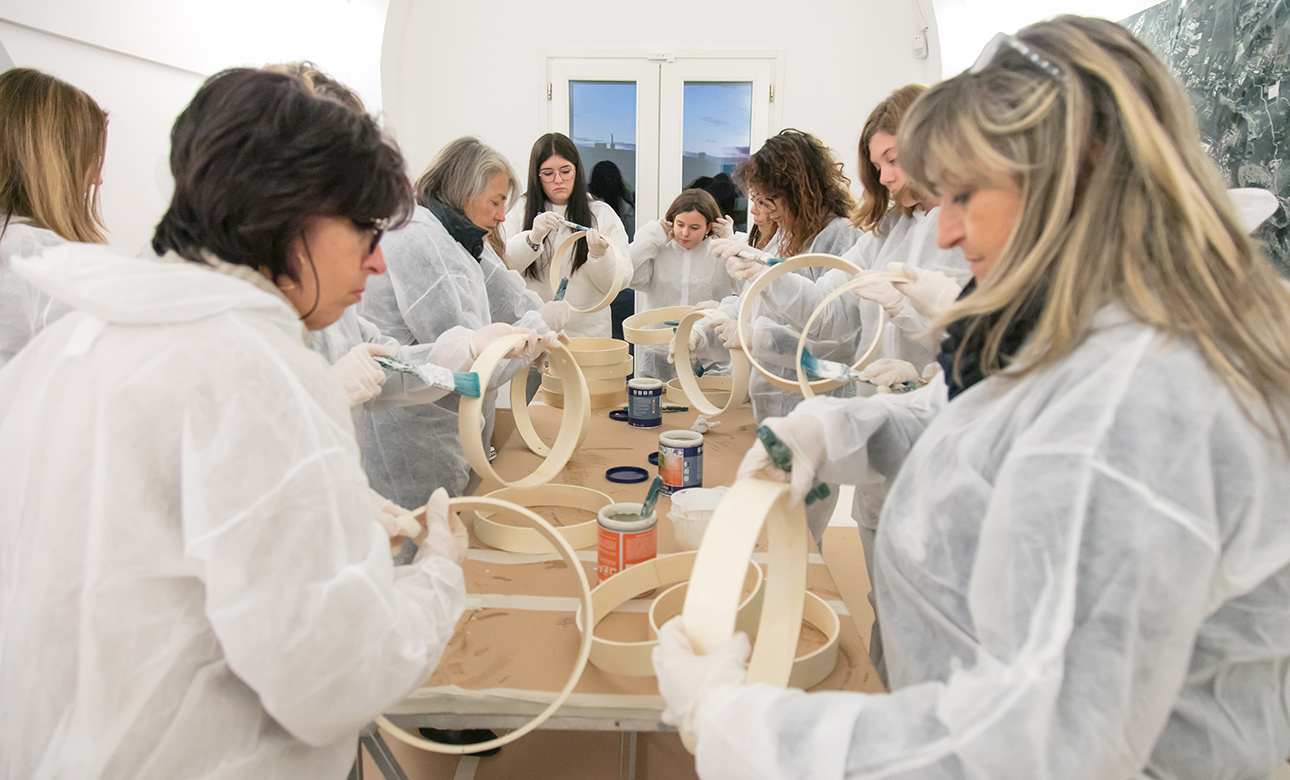 The phase where the entire city is involved in preparing for the inauguration of Matera’s year as the European Capital of Culture to be held on the 19th of January 2019 is fully under way by now.

About 600 citizens have taken part in the workshops set up by Matera 2019 to create – as part of the Lumen Project presented in the bid-book – 15 light pointers similar in style to Google Maps indicators. These pointers will mark the five Matera 2019 itineraries (one per theme) as well as the main gateways to the city.

Light is also the protagonist of the Social Light Project which will involve all the neighbourhoods around the city to make “baglights”, that is to say, bags with shoulder straps that light up. About 6000 people will be making these light-carrying items in workshops to be held in different parts of Matera and Basilicata from the end of November 2018. This will enable citizens to build up trails of light in areas that have so far been conceived as anonymous and rather desolate.

Both Social Light and Lumen are activities that will “dress up” Matera in the year 2019, with the inaugural ceremony being the highlight.

Calia Italia has always operated in the area and supports the Lumen | Social Light Project. The firm will re-use leather waste from their sofa production to make the shoulder straps for the baglights, involving their Design Department and the staff of the Sewing and Cutting Sector in the perfect spirit of the Matera 2019 bid-book.

To enrol in the workshops, all you need to do is fill in the form on-line, which shows the workshops that you can choose from and the dates when they are active.

The Lumen and Social Light Projects are also supported by ENEL, globally one of the major operators in the electric energy sector, that has always been engaged in the promotion of art and culture.