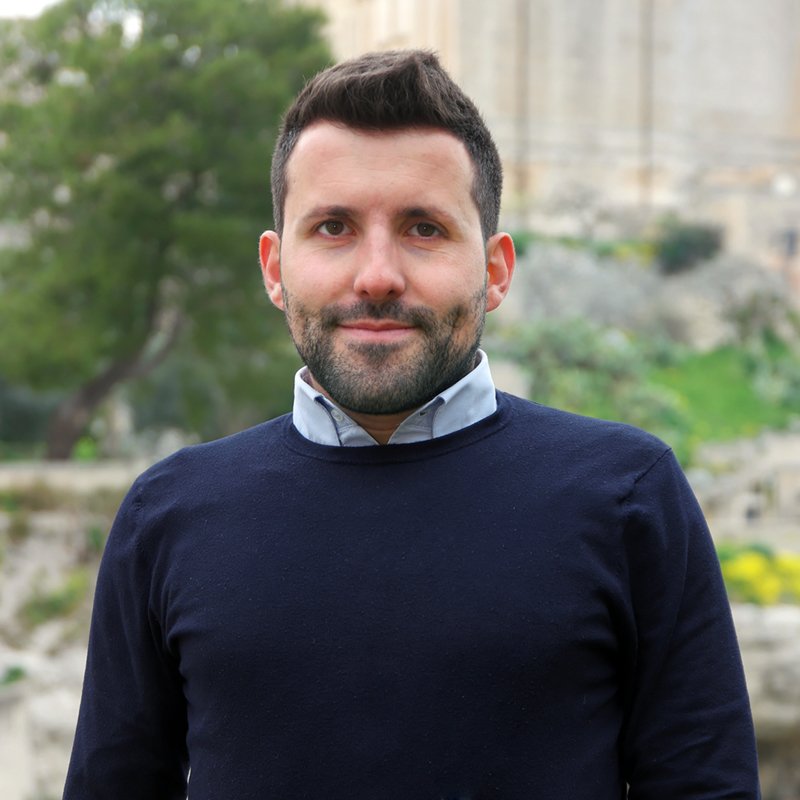 Claudio obtained a diploma in accounting in 2006 but being an individualist, he decided to follow his dreams, which led him change direction and study agrarian technology.

From a young age he was attracted by anything unusual and often travelled to places that were very diverse. When he returned home, he brought with him new and innovative ideas.

His strength is his ability to work in a team, with the clever and talented people who have inspired him.

In November 2015, when the Stone Revenge Association was set up (of which he was Vice-President), he took on the project 'Save the Ancient Quarters' (a planning incubator) funded by the Basilicata Region under the Nuovi Fermenti tender. The project, which lasted 12 months, was very successful and focused attention on Via delle Beccherie, one of the ancient streets of Matera – a street which had been abandoned for decades and now boasts one of the largest number of businesses in the city.

In 2012 his great affection for the city delivered a big challenge: opening an Info Point for the Municipality of Matera (IAT), which was managed for almost two years with Federconsumatori’s SOS Turista service.

This success inspired him to set up the Pro Loco in Matera, and to his great delight the association (of which he is now President) was listed in the regional register in August 2017.

During the last few years he has contributed to running many events, including, in 2014, the first 'Silent Disco' held in a southern Italian square, which was attended by over 2,000 people, with 150 Erasmus students from the University of Bari from across the world. ​

With a life-long interest in marketing, he grasped the opportunity to put to good use the skills he had learnt in managing his own activities.

In early 2018 he was selected for the Build Up programme run by the Matera-Basilicata 2019 Foundation as a Maker-Junior and since December 2018 he has been working as an Assistant in the Directorate’s Secretariat.

For 2020 he is planning another great event at international level called 'Cucù Parade'.