Procession as an art form

Trenodia (Threnody) is a participatory work of art that proposes to work collectively on crying for everything that is life-threatening in our world. The premise is to transform the grievances expressed as ritual tears, a resounding collective wailing and lamentation, into a creative and united form in order, as Ernesto De Martino says, 'not to die with what dies'.

Trenodia (Threnody) will be a procession of hundreds of wailers, without gender limitations, which will give rise to a funeral lament.  The performance will take place entirely outdoors: in the streets, alleys, squares and paths of three regions.

It focuses on four main areas in the southern Mediterranean.  The first starts from the heart of ancient Greece in Italy: Calabria’s Ionian Coast, which still preserves the Greek tradition in both its language and its funeral rites.  The second is in Alta Irpinia, from the archaic countries emptied and beaten by the wind in which the Sponzfest takes place. Then on to Tricarico, town and world of Rocco Scotellaro, of the Cuba-Cuba carnival, as called and dominated by the great Pythagorean genius Antonio Infantino.  From there on route to Matera to lay the objects of mourning in the Sasso Caveoso district, in a procession that will cross the rock churches and the villages ending in the liberating catharsis of the musical ritual at the Cava del Sole.

The performance will consist of the traditional elements of the ritual lament reinterpreted through a work open to public participation, guided by artists from the world of art, song, dance and theatre.

Trenodia (Threnody) has three expressive forms. It starts with a preparatory station: The Black Factory, an artistic performance of the beginning of mourning (fabric dyeing to create a procession costume). The second is the phase in which the Threnody sets off (procession) in two ways: Threnody on the Pavement - when the procession will cross the towns - and Threnody on Earth - when it will move through the countryside. The third form is the Funeral Banquet, which creates a transition to a more carnal lamentation and affirmation of life, in which the funeral culinary traditions will join the poetic declamations. 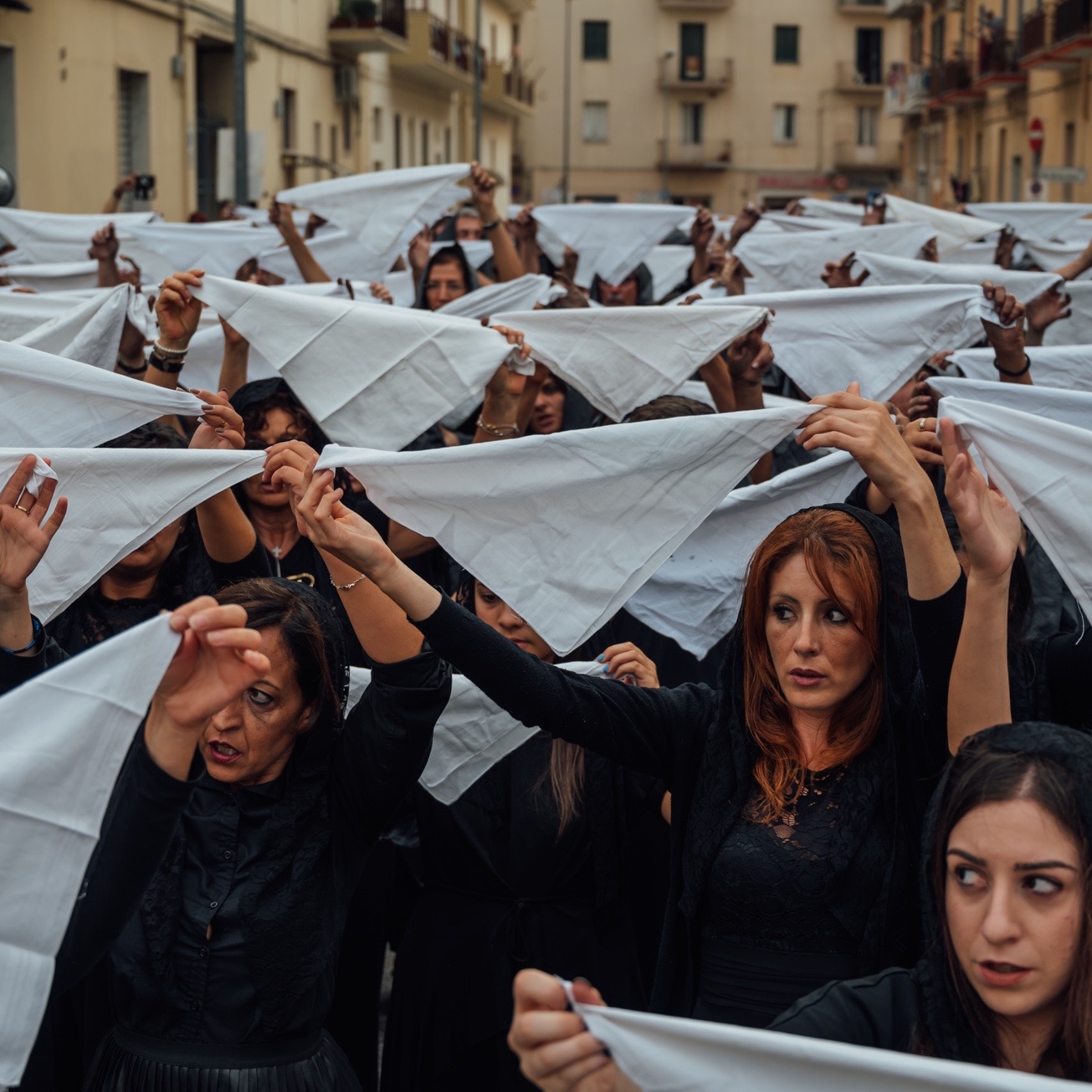