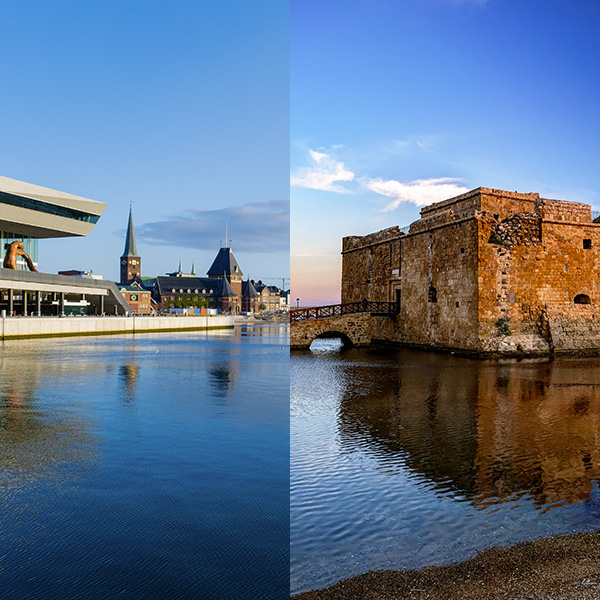 The European Capitals of Culture 2017

Aarhus in Denmark and Pafos in Cyprus have been selected as the 2017 European Capitals of Culture.

The European Capital of Culture in Aarhus will be holding an opening ceremony from 21 to 22 January 2017 to officially begin the year.
With “Rethink” as its central theme, Aarhus 2017 (Denmark) will show how arts, culture and the creative sector can help us to rethink and shape our basic social, urban, cultural and economic patterns of behaviour and find new solutions to common challenges.
A rooftop Viking saga performance, an art exhibition stretching across the city and the coastline, a “Creativity World Forum” and an international children’s literary festival are just some of the many events which will create new ways to build on our shared past.

The opening ceremony in the city Pafos, on the other hand, will be held from 28 to 29 January the following week.
Pafos 2017 (Cyprus) will embrace its experiences of multiculturalism and the city’s geographical proximity to the Middle East and North Africa to strengthen relations between countries and cultures. “Linking Continents, Bridging Cultures” is the common thread running through hundreds of events which will unite the city and bring citizens, migrants and visitors together through culture. Building on a tradition of thousands of years of cultural life in open spaces, Pafos is set to become an immense open stage, an “Open Air Factory”, where cultural actors and citizens can come together to explore contemporary ways of creating and living.