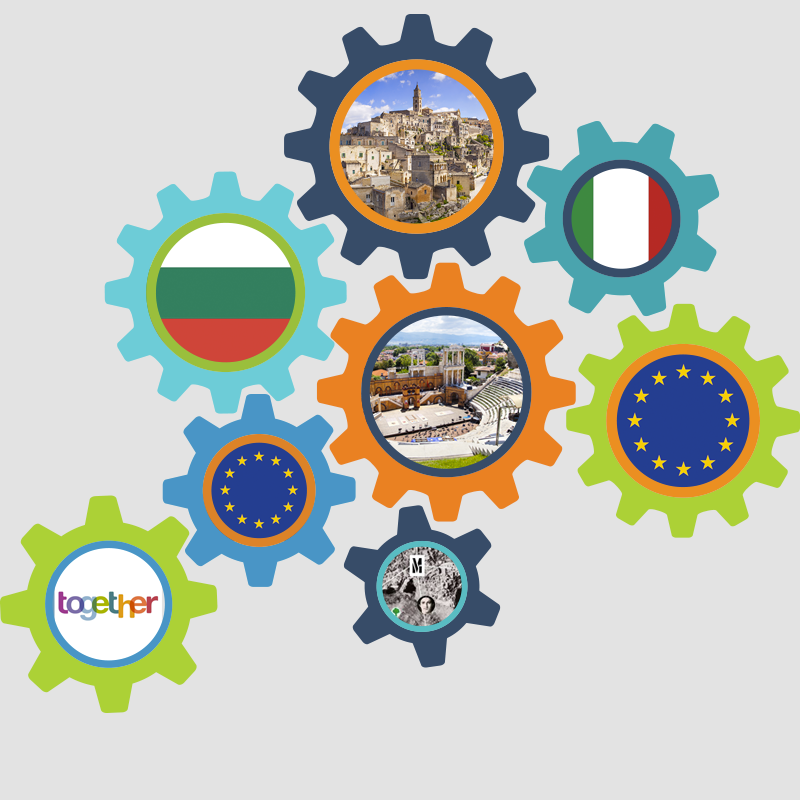 Together for Open Future

In the middle of July, a delegation from Plovdiv 2019, including Svetlana Kuyumdzhieva (Art Director of Plovdiv 2019), Radost Ivanova (Marketing Director), and Gina Kafedjian (Project Manager) has been working in Matera with team of Matera 2019 to draw up a joint plan for the cultural content, the communication activities and the promotion of the programs and the motoes of the two cities on tourist and big scale international events. The two teams also discussed some of the flagship projects and the special dates and events which mark the year of the tile.

In October in Brussels, when the two teams will have the first official monitoring meeting, Plovdiv and Matera will make a joint presentation to the international press and cultural operators.
The teams drew up a detailed work plan for some broad activity groups, including a joint communication campaign in both digital and traditional media. The campaign will start with a monthly newsletter containing shared contents in both Italian and English for Matera 2019 and in Bulgarian and English for Plovdiv 2019; additional meetings to organise a coordinated presence at the most important European tourist trade fairs have also been discussed. The integration of cultural programs in the field of educational and build-up activities has already commenced and will continue through this and the next years.

Our aim is also to bring cultural operators and the world of schools and universities ever closer together. President of the Matera 2019 Foundation and rector of Basilicata University, Aurelia Sole, emphasised this theme in particular, expressing the hope that Plovdiv University will also get involved and take part in researching and producing cultural contents.

We looked at how to work together on the routes joining Matera and Plovdiv in 2017 and 2018, with projects in both programs involving exchanges along the Balkan route which links the two cities and which will see intense use in the next few years. The main key directions of collaboration, staring from September 2016, include Materadio, Architecture workshop in Plovdiv, The Tobacco City in Plovdiv, Capacity building and networking, Community led projects, Digitalisation and Exchange and internships.

The two teams got on exceptionally well together, and have scheduled meetings at least once every three months from now on, in order to ensure that the union between the two cities is not just theoretical, but fully practical and operational.

It is exciting and stimulating and we continue #‎together for #‎openfuture