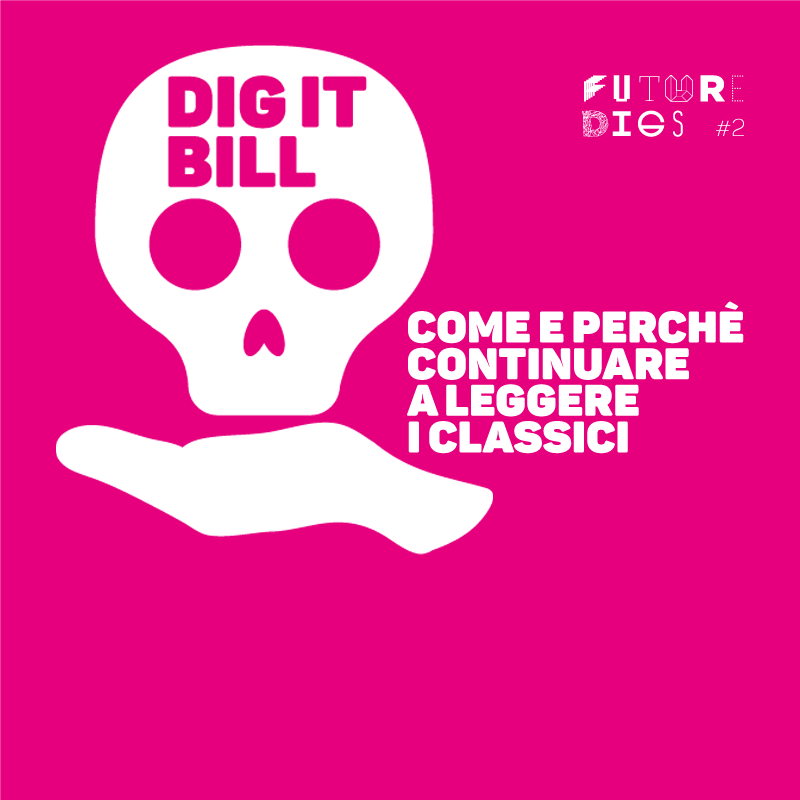 We are now at the second Future Digs event, one of the projects in the Matera 2019 dossier, which intends to develop a series of reflections on the important themes of the candidature.
After the meeting held with scientist Mauro Ferrari, thanks to which we have been able to investigate the effects and impact of new technologies on the life of the community, we will be celebrating World Book Day in Matera in collaboration with local associations dealing with literature.
A day of lectures and digital storytelling on the occasion of the fourth centenary of the death of William Shakespeare and Miguel De Cervantes.
A host of activities have been planned for the day of 23rd April: workshops with schools, collective readings, a mobile library. There will also be a strong international aspect, with a live link to Wroclaw, 2016 European capital of culture (also proclaimed as the World Book Capital), where we will be talking to Jo Nesbø, one of the world's most famous crime fiction authors.
The intensive day will conclude with time for public debate, in the company of Nicola Lagioia, writer and winner of Premio Strega 2015, dedicated to reflections that will accompany all the activities of World Book Day: “How to and why continue reading the classics”.

Following is the complete programme that commences with a 4-day preview in the libraries of our city.

We look forward to seeing you! Happy reading, everyone!

Four Matera bookstores are offering the ultimate re-editions of the master works of the two great authors, opening the doors of their bookstores to storytelling and reading.

23rd April 10.00 am/12.00 pm
“To tweet or not to Tweet? That is the question”. In collaboration with the Women's Fiction Festival, TwLetteratura sees the official conclusion in Matera of the rewriting project #HamleTw dedicated to Shakespeare's Hamlet, which has involved thousands of students and readers around Italy. Throughout the day, students in certain high school classes of the Liceo Classico E. Duni and Liceo Artistico C. Levi in Matera will participate in workshops. The programme also includes literature shared with the public.

A SCHOOL AS BIG AS THE WORLD
Organised by the Associazione Libermedia
23rd April 10.00 am/12.00 pm
Screening of an animated short film to commence. Reading of two passages from Don Quixote by two students from the Istituto Pascoli of Matera.
Reading of some additional passages of Don Quixote by Lello Chiacchio, author, director and SKENÉ Theatre actor, Vincenzo Scalcione, President of the AIART Matera provincial office, and Antonio Montemurro, author, director and actor.
During the readings, improvised graphics from the students of the Liceo Artistico are scheduled.

WORDS AND MUSIC FROM THE TIME OF CERVANTES AND SHAKESPEARE
Organised by the Centro Carlo Levi
23rd April at 12.00 pm - Centro Carlo Levi headquarters - Palazzo Lanfranchi
Collective performance in which the words of the two writers will mingle with music of the time.
Speakers will include the four booksellers, the students of Class IV D of the Liceo Classico E. Duni, students of the Liceo Musicale T. Stigliani, the Centro Levi Reading Group and the Ars Nova Vocal Ensemble. Students of the Liceo Musicale will perform music from “Don Quichote” by Jean Bodin de Boismortier whilst the Ars Nova ensemble will perform music by John Dowland.

THE BOOKS HAVE WHEELS
Organised by the Bibliomotocarro del Maestro La Cava
23rd April from 4:30 pm
The Bibliomotocarro shall focus on book promotion, reading and writing, held in the Rione Agna and in Borgo La Martella.

SHAKESPEARE, IN THE NAME OF A DREAM
Organised by Altrimedia Edizioni
23rd April at 5.00 pm - Biblioteca Provinciale (Provincial Library)
“We are such stuff as dreams are made on; and our little life is rounded with a sleep.” (The Tempest, W. Shakespeare)
“Shakespeare, in the name of a dream” is a shared reading project that intends to celebrate the power that dreams may have in people's existence. It is dreams that enclose man's power of positive ambitions, together with the capacity to illuminate the stars.

TWITTAMLETO
Organised by TwLetteratura in collaboration with the Women's Fiction Festival
23rd April at 7.00 pm – Biblioteca Provinciale (Provincial Library)
On the occasion of the nationwide initiative of #HamleTw coming to a close, the last event shall be celebrated in Matera. The audience in attendance will be involved in an analogical mode to rewrite and reinterpret the famous text of Hamlet in 140 characters. The best tweets will be selected and read aloud by the students and children involved.

HOW TO AND WHY CONTINUE READING THE CLASSICS
Organised by the Fondazione Matera-Basilicata 2019
23rd April at 8:00 pm - Biblioteca Provinciale (Provincial Library)
The speaker shall be Nicola Lagioia, writer and winner of Premio Strega 2015

CLESSIDRA
Organised by Poesia in Azione
23rd April at 9.00 pm - the venue will be revealed upon registration
The birthday of Clessidra shall be celebrated in Matera. The urban action game for adults and children, conceived by Poesia in Azione, is always seeking new places ready to welcome reading. In April, the word that shall be focused upon is “vetrina” (“showcase”). To participate and discover the location for the appointment, please write to This email address is being protected from spambots. You need JavaScript enabled to view it. or call +39 349 5279755. More about www.poesiainazione.it

LOVABLE FRONTIERS
Organised by Gigli e Gigliastri
From 4th May to 17th June
Social regeneration project for outlying suburbs of Matera through collective storytelling. An example of a participatory culture that will see the involvement of 7 families residing in 7 districts, authors of a tale on the theme of “Talk about your boundaries”. To the 7 families and the 7 short stories shall be paired 7 nationally-known writers: Lidia Ravera, Cristiano Cavina, Michele Mari, Diego De Silva, Giuseppe Scaraffia, Michela Murgia and Andrea Tarabbia. The complete programme is here.

FESTIVAL OF BOOKS IN POTENZA: 21st-23rd April 2016
Three days of meetings with the world of independent publishing to discuss if and how literature may be a “bridge between cultures”.