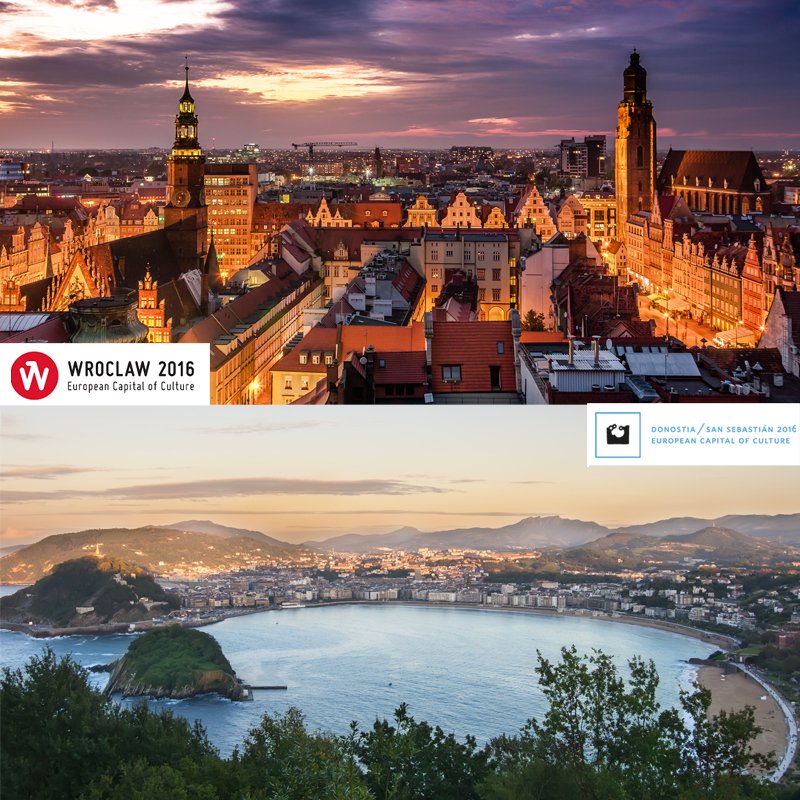 Wroclaw in Poland and San Sebastian in Spain have been selected as the 2016 European Capitals of Culture.

The European Capital of Culture in Wroclaw will be holding an opening ceremony from 15 to 17 January 2016 to officially begin the year.
Wroclaw won the title with the slogan “Spaces for beauty”, looking at how to transform the city’s structure and valorise the social areas that have been excluded up til now, involving them in the process of creating cultural contents.
One of the essential prerequisites for proposing a city for the title is a commitment to fostering greater knowledge and intercultural dialogue between European citizens.

The European Union’s motto “United in Diversity” is a celebration of precisely this important commitment, and the city of Wroclaw has taken it to heart: the city’s multiculturalism, represented by the slogan “cultural metamorphosis”, is key to its identity.
Hundreds of events will be held throughout Wroclaw’s year as European City of Culture 2016. Among other things, many will be dedicated to literature, as the city will also be World Book Capital during 2016. Italian culture will also be represented thanks to the presence of Ennio Morricone, who will be celebrating 60 years of his career with a concert in the suggestive setting of the Hala Stulecia, the Centennial Hall built in 1913.

The opening ceremony in the city of San Sebastian, on the other hand, will be held from 21 to 24 January the following week, with more than 70 events planned.

The San Sebastian slogan is “Coexisting cultures” and will be developed as a journey through multicultural cohabitation, promoting better ways to live together through art and culture.

Throughout the year the city will be offering numerous cultural initiatives focussing on four themes: peace, life, voices and conversations. Just like Wroclaw, San Sebastian will also be hosting hundreds of cultural initiatives, with the aim of showing all the different ways that culture can contribute to building a pluralist and peaceful society with the goal of improving the way we live together through dialogue.

As with the cities of Mons and Pilsen in 2015, we will be following the work done in Spain and Poland with interest, in order to apply their experience to our daily work.