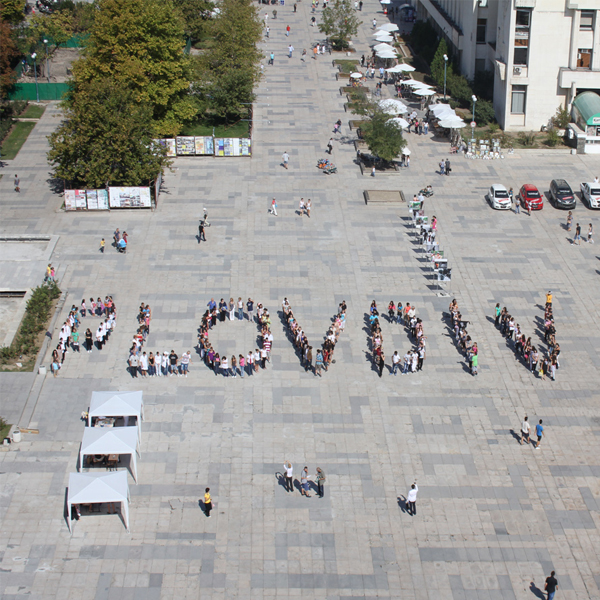 Matera, protagonist for two days in Plodviv, the Bulgarian city that, together with the city of the "Sassi", will be the European capital of culture in 2019.
The person representing the Matera-Basilicata 2019 Foundation over the last few days is Rossella Tarantino, development and relations manager, who participated in various meetings on the topics in the candidacy dossier.

The programme started with an interview on Bulgarian National Radio that dedicated 30 minutes of live coverage to Matera, to the Matera 2019 project and to the joint projects with Plovidv. Focus was also placed on the meaning of mobility today and on how European culture can help to deal with tragedies like that of the refugees.

An important space was reserved to Matera in the context of the prestigious Festival of Contemporary Architecture (one architecture week) that, by referencing international architects and exemplary cases of urban regeneration, resolves to stimulate ideas and pilot actions for a positive and visible improvement in the quality of architecture in Bulgarian cities.
In the context of the debate moderated by the Manager of the European Culture Foundation, Philippe Dietachmair, great interest was generated by Rossella Tarantino's story on how Matera, with its spontaneous architecture based on removal but not addition of material, with its resilience throughout 9,000 years of uninterrupted history, with its recent history of great rifts (with the mass migration of the 20,000 inhabitants of the Sassi) and rebirths, inspired and permeated the dossier.

Together with the Manager of Plovdiv 2019, Valeri Kyorlinski, there was talk of how the European capital of Culture is a way of rethinking the city, of extending and working on its borders (the outskirts or the under-exploited spaces like the “Cave” caverns) and, for what concerns Matera, creating that perfect balance in the Sassi between residential areas, tourism and cultural productions, also with the aim of preventing dystopia (topic of the candidacy) that would make people look at the ancient tuff districts like a type of Disneyland.
The discussions ended with the analysis of the theme that unites the two towns and the two candidacies, "Commoning", intended as culture that creates connections, sharing, openings.
The mission thus ended with a day of intense work with the Plovdiv team.

Problems linked to the start-up phases of the project and joint actions included in the dossier were also tackled, among which the communication and construction of shared projects for next year, such as that of the Balkan Route that unites Matera and Plovdiv and the Greek, Croatian, Serbian and Romanian cities that will be European capitals of culture in 2020 and 2021.