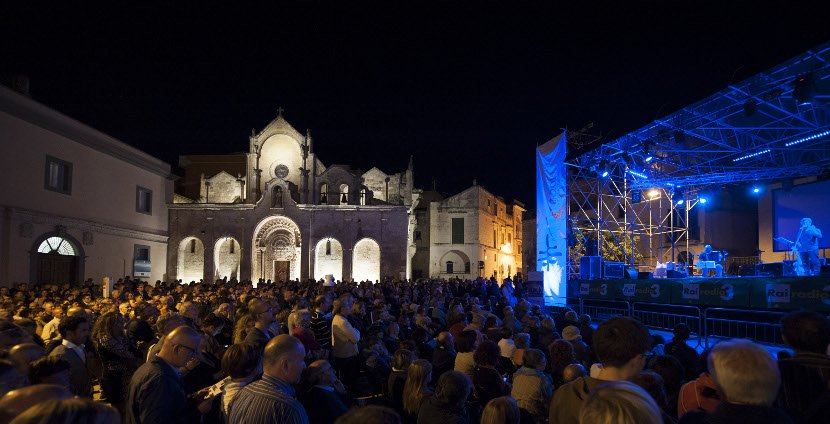 And finally, comes the last day.

Materadio bids farewell to Matera and all the RadioTre listeners with Giorgio Zanchini on Tutta la città ne parla, which deals with "legality and towns" theme. On his microphones, the judge Raffaele Cantone. Dry, precise, clear, Cantone tells us things that maybe not everyone knows the "new" organized crime: it does not shoot more where it is not necessary (but by no means ceases to be Camorra); they are not more extortionists, preferring to offer services and products, and then job, replacing in this way completely to a State that is struggling, on these issues, because they can not afford the same methods nor the same immense liquidity of money that can afford the gangs; North Italy has had a decisive role in collusion with organized crime, in particular as regards environmental crimes ("unburying in illegal landfills in Campania, we found toxic materials that in Campania have never been produced", admits, chilling, the judge Cantone). Basilicata seems to be a place (yet) immune to these dynamics, basically because it is not desirable from the economic point of view - and these are not, after all, good news - and for this reason, however, the guard should be, if possible , higher and not lower. This is confirmed by the other guests: Chief Prosecutor of Matera Celestina Gravina and the Vice Minister of Internal Affairs Filippo Bubbico.

This is confirmed by young citizens of Profumo di Svolta, interviewed because they represent the future and the hope of a city cohesion and solidarity, in which "respect for the common good" is not a blank expression. The dream is that all of us wake up with a "forward-thinking collective" thought in the head, as is happening about Matera 2019. Together with choral music, with the theater of La Barcaccia, "hope" becomes the keyword background, along with "anyway", the keyword that close the Materadio 2013 press conference. Because "anyway" goes the competition, the Matera 2019 program, assured Paolo Verri,  Salvatore Adduce and Marino Sinibaldi, will realize "anyway."