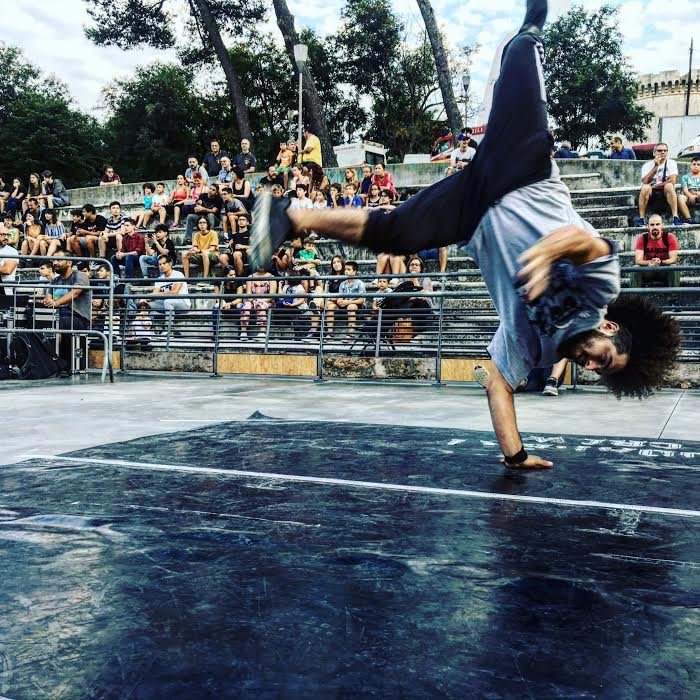 Hud and the contemporary urban culture

The young generations were the protagonists of the Hud - Hip Hop Urban Diary that took
place on 5th August for the eighth step towards 2019.

Hud - Hip Hop Urban Diary, that was organized at the ”Parco del boschetto” in Matera
started in the afternoon with the activities and performances by writers, breakers and skaters
who rightfully expressed the contemporary urban culture in all its creative forms. The young
talented artists have laid the foundations of a counterculture that is now mainstream and
available to other social groups.

Several performances by local and national artists alternated from sunset until late at night.
Black Drama, one of the major locally renowned rappers in Matera, warmed the audience up
with his rhymes about love, sports, friendship and life. Later, Oversize Click, the hip hop
group featured their evolution towards modern music through trap; Mulini a Vento, played
old style tracks mixing electronic music, funky sounds and deep basses; the Buzu Family
performed a perfect synthesis between old and new school. All of them are local leading hip-
hop bands including artists who will become famous even outside the local regional borders.
The special guest of the event was Nayt, nicknamed William Mezzanotte and 3D, his
producer.

Hud is not only a music project but also an opportunity to launch the young talents and to
investigate about the expectations of the generation that will build up the new image of the
city.

The show was produced by Matera 2019 in collaboration with Paolo Irene – the artistic
director and TIM that is the main partner of the event.