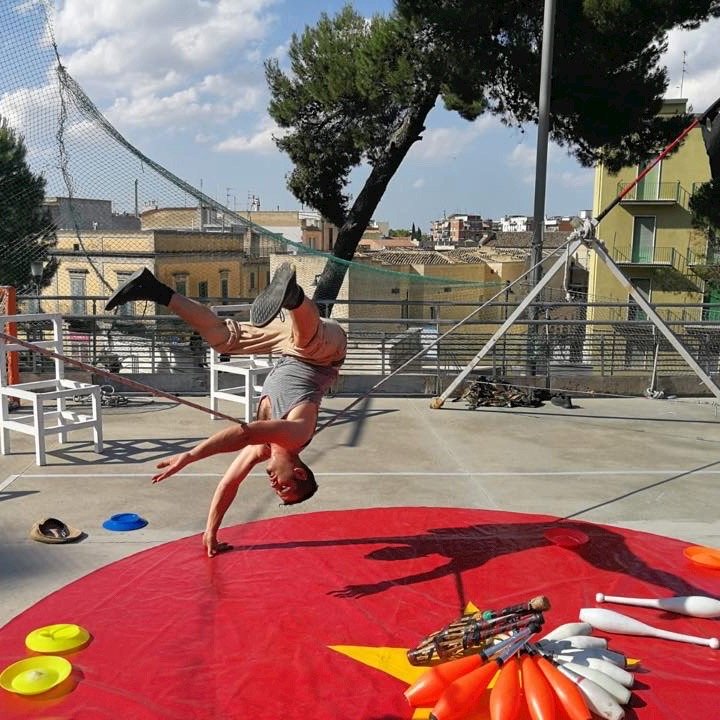 On the occasion of the Move Week 2018 - the European week promoting physical activity - the event Open Playful Space, a co-production by Matera 2019 and Uisp Basilicata, was held in Matera to promote spontaneous creativity generated by art and sports in urban contexts.

Open Playful Space started in Marconia on 28th May with street sports performances and workshops including street riding and skateboarding organized in collaboration with the association Basilicata Board. The event was carried on in the parks of Matera involving walking groups and low-impact exercise organized by Ecos Uisp and the association Raggio di Sole.

On 31st May Open Playful Space carried out a workshop on Parkour with Laurent Piemontesi at Borgo La Martella, a five-a-side football tournament and gave a presentation of the project Uisp “Welcome” at Piazza San Francesco followed by the Oriental practice of Qi-Gong. At the weekend the park Giovanni Paolo II, which is a popular meeting place commonly named “il boschetto” (the little wood), became the setting of Open Payful Space to convey the idea of sports as both a value and means of social cohesion and inclusion. The park was transformed into an urban playground where under-18 basketball tournaments were organized by Uisp Basilicata in collaboration with the association Los Angeles.

Open Playful Space was a diffused event organised in several places in town that are experiencing active urban participation and development. In fact, Piazza degli Olmi was also one of the venues of the event “Basket Insieme – Summerbasket” addressed to senior players and the street art stage for students curated by Momart Gallery. The performance aimed at involving people in urban art performances to make them see “unusual” places of the city with new eyes.

Laurent Piemontesi, one of the founders of Art Du Déplacement, offered people at the “Boschetto” the chance to share the emotion of “reading” and living the city through a jump, a run and a climb while staying in balance on a wall. Until Saturday 2nd June languages, creativity and art expression featured the afternoon workshop on juggling and capoeira led by Pachamama and Lacaposciuc.

“Carillon” was the closing event which combined music and street art in a dreamlike and visionary scenery midway between circus and music with the performance of Live Painting by Kris Rizek curated by Momart Gallery.