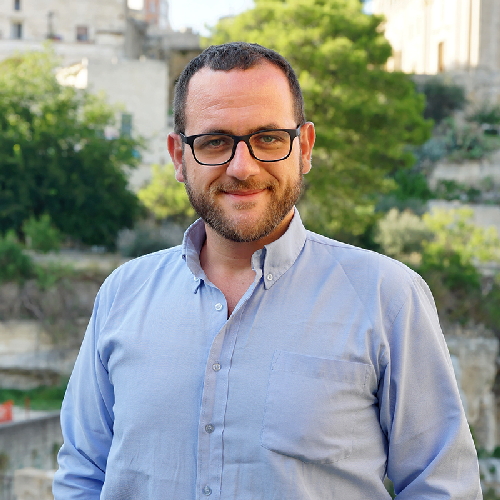 Stefano Murciano was born in Galatina (Lecce) in 1988.

In 2015 he took part in the “Future Lab - Balab”project at the Polytechnic University of Bari and in the same year achieved a level V vocational qualification as “Head of Theatre, Cinema and Television Direction”at Celips in Foggia.

In 2018 he participated in the Build Up Matera 2019 programme as a junior maker and worked as a production assistant for the Rossini Opera Festival in Pesaro.