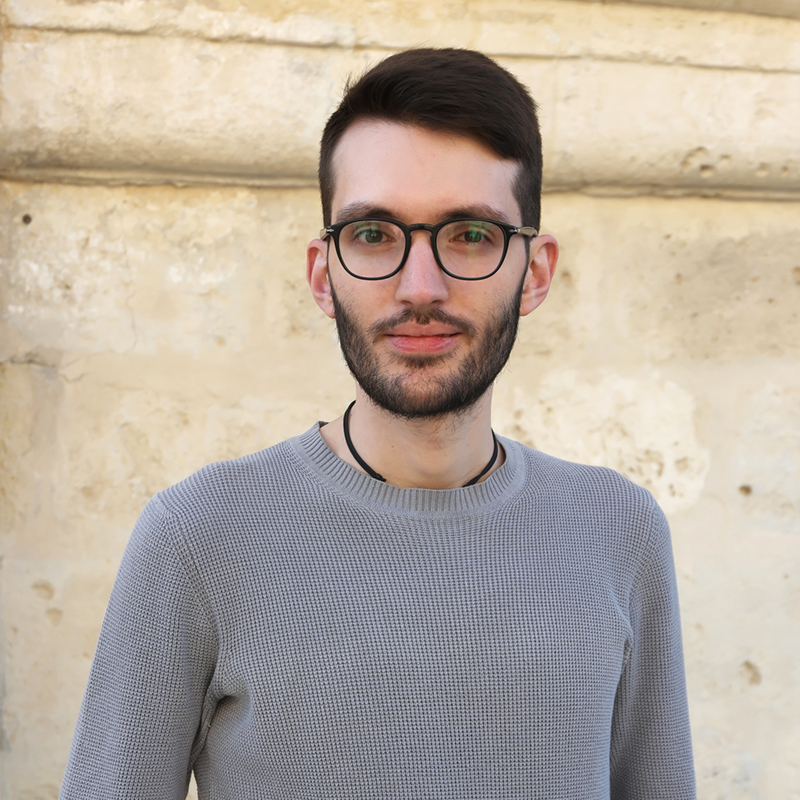 Fabio Rizzi was born in 1993 and grew up in Matera listening from childhood (thanks to his grandfather!) to folk songs from Matera and popular songs from the Zecchino D’Oro children’s song festival.

In 2017 he gained a degree in Environmental and Territorial Engineering at the University of Basilicata. He is particularly interested in protection of the environment and prevention of pollution.

His love of history and the attraction and art of Matera were put to good use in 2016 when he was asked by the Chair of the Matera Inside Association to take responsibility for the blogs and Facebook page with other enthusiastic young people, which was an unmissable opportunity. In (so far) two and a half years at Matera Inside research carried out to write articles and getting to know new people for the video archives contributed enormously to Fabio’s cultural and  social experience, helping him to be chosen from 40 'Makers & Linkers' who were involved in building cultural skills for Matera 2019.

At the end of the build up and after eight working in a waste disposal company in Matera, he was selected as assistant to the Incoming Manager of the Matera-Basilicata 2019 Foundation.

For just over a year he has been a member of the Matera 2019 web team, which has the honour of collaborating with events at the level of Materadio 2017 and Meno Uno.