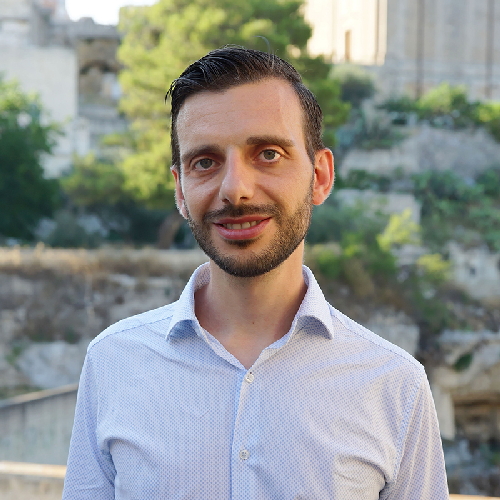 Born in Marsicovetere in 1983, graduated in International Relations (2007) and specialized in International System and Foreign Policy (2009) at the University of Perugia, Achille lived in Brazil from 2010 to 2017, working in the field of cultural diplomacy, both Italian (Embassy of Italy in Brasilia, 2010-2014) and European (EUNIC Brazil / EU Delegation 2014-2017). His professional career has developed particularly in the sector of the Country System  promotion, external relations, project management and events organization. Recently, he obtained a master's degree in Media and Lobbying in International and European Relations at the Italian Society for International Organization (2018), with a thesis on the EU Brand.
As coordinator of the EUNIC Brazil (Association of Cultural Institutions, Embassies and Consulates of EU Member States in Brazil), he managed the clusters of Brasilia, Curitiba, Salvador and Rio de Janeiro in the formulation of the 2015-2018 Triennial Strategy and the implementation of three editions of the European Week, a cultural project carried out in collaboration with the EU Delegation, including dozens of events in thirteen Brazilian capitals.
At the Italian Embassy, working at Culture and Communication Department, he has participated in  the organization of "Momento Itália-Brasil" (Italy-Brazil Moment) (2011-2012) and "Itália na Copa" (Italy in the World Cup) (2014): more than 500 events realized for the cultural, economic and scientific promotion of Italy in Brazil. He was also a member of the Italian Delegation to the United Nations Conference on Sustainable Development “Rio + 20” (2012), responsible for promoting the Green Embassy Project. Finally, he has supported the activities of the Economic-Commercial Office in the organization of international conferences.
After living for eight years in the heart of South America, he decided to return to Europe and in particular to his native land fascinated by the Matera 2019 project, with the firm conviction that culture is a powerful tool to foster the dialogue and integration among peoples, as well as to promote socio-economic development.