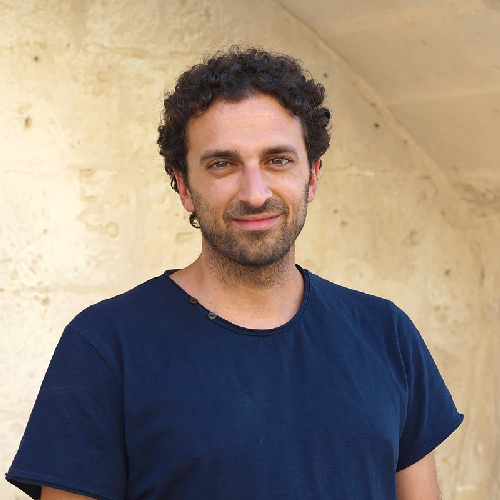 Marco Laterza is an architect from Montescaglioso - Matera. He studied in Turin, Barcelona (Spain) and Nancy (France) where he graduated in 2012. His professional research is driven by the study of the relationship between historical and contemporary architecture.

In 2013 he collaborated with the architectural firm of Antonio Jimenez Torrecillas in Spain, working on projects such as the adaptation of the Museum of modern Andalusian art in the Palacio of Carlos V, within the Unesco complex of the Alhambra.

From 2014 to 2015 he worked at the BQ + A Studio, prix d'Argent for architecture in 2015 for the new medical center in the Unesco village of Vézeley.

Here he participated in the creation of "Avenir Radieux", an association of architecture for the revitalization of ancient villages and of the 1st Architecture Seminary in Pesmes collaborating with architects Clement Vergely, CAB and Stefano Moor.

From 2015 he returned to Matera where he worked as a freelance architect for projects on the existing heritage.

Since 2016 he has been the coordinator of the Open Design School for which he organized the workshops, the exhibition "Through the city - the way of the sun", the setting up of Matera 2019 for the Milan Fuorisalone 2017 and the IDEA conference - food for art with Mauro Bubbico.