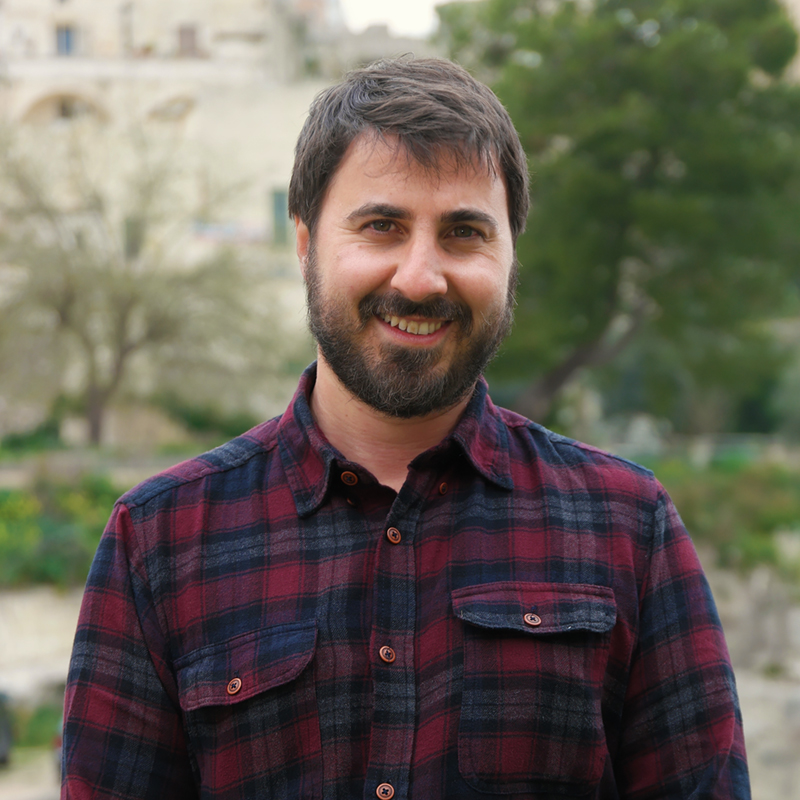 After training as an architect, he completed his studies in Rome, then following a year of Erasmus experience in Seville, he decided to return to his homeland, Cilento, to begin a long journey of research and experimentation in the field of the new urban and rural practices which he had learned in Europe and southern Italy.

In 2010 he founded Recollocal, an urban and territorial bottom-up regeneration platform, operating in the south of Italy in Campania, Puglia, Calabria and Basilicata. He is also involved in social innovation and local community activation processes, focusing his research/action on the hybridization of practices related to ethnography and design.

A connector of spaces and inhabitants for the creation of new urban places and shared assets, he is a cultural, social and civic designer. Since 2014, he has been responsible for the recovery of unused public spaces and for the regeneration of an entire peripheral area in Sapri, which includes BAM! Bottega Artistico Musicale, which has been converted into an independent cultural production centre.

An informal educator, he has been a tutor for the CivicWise international network (Civic Innovation Network for Territory Making) and collaborated on numerous projects, area-based and related to territorial strategies, across urban and rural environments.

In recent years, his work and training has focused on the territorial environment of internal areas; he has taken part in cultural innovation projects, such as Jazzi, and set up the educational and research residency Transluoghi, which for four years has been involved in investigating the issues of depopulation and new glocal citizenship in marginal areas, concerning the relationship between permanent and temporary communities.

In 2018 he founded the social enterprise Mediterranea Social Canapa, a multifunctional agriculture and territorial development project for the redistribution of economic resources in the internal areas of Cilento, in order to support social and cultural bottom-up processes.