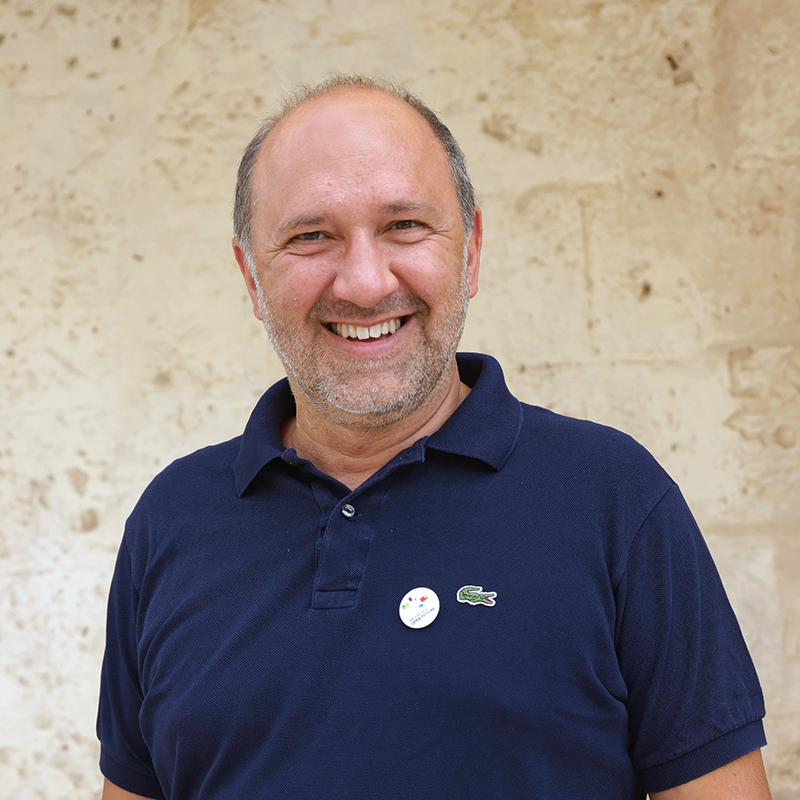 Italo was born in Matera in 1964, a city that he has always identified with, and from a young age he wanted to be successful in any way. And basketball was the way!

While indulging his passion for basketball, he studied and obtained his diploma in 1982. From 1977 to 2002 he was a member of the Italian Basketball Federation. In 1997-1998 he helped to achieve the historic promotion to the B1 basketball league of the Olimpia Basket/Amaro Lucano Matera team – a goal never achieved until then by a Lucanian team. In later years he trained the young players of Pielle Basket Matera.

Since 1994 he has been involved with Cooperation and Social Services and works for a Social Cooperative, where his role covers administration, human resources management and relations with public and private administrations.

Through the Matera 2019 Committee first of all, then the Matera-Basilicata 2019 Foundation, from 2011 to 2017 he worked as a volunteer producing 'Materadio - la festa di Radio 3' (Materadio, Radio 3 party) as volunteer coordinator, providing logistical support for event organisation, artistic organisation and guest hospitality. Other Foundation projects and events followed: the Turin Book Fair, World Book Day, Meno Uno in January 2018, Art Lab in collaboration with the Fitzcarraldo Foundation of Turin and many more.

He is a great team builder team and with his enthusiasm and positive outlook resolves differences of opinion and doubts while motivating and encouraging group members. In all his collaborations he shows his team spirit and experience in the field when he coordinates and manages Matera 2019 in his current role as Incoming and Volunteers Manager.

Ready for this new challenge, Italo is inspired on a daily basis by a phrase from one of his favourite writers, Jean-Claude Izzo: 'If you have a heart' my father told me one day, 'you’ll never lose. Wherever you go. You can only find'.

He lives in the Sassi in a lovely house where everyone is always welcome, where his two beautiful twin daughters were born and who are now studying at university; they have followed in his footsteps and are proud to be Matera 2019 volunteers.

An avid reader and passionate about music, he never misses the opportunity to take part in an event of this kind. He believes in the power of culture and that Matera, in years to come, can become a place full of opportunities and for all those who people who want to get involved and use their enthusiasm to foster growth and development.