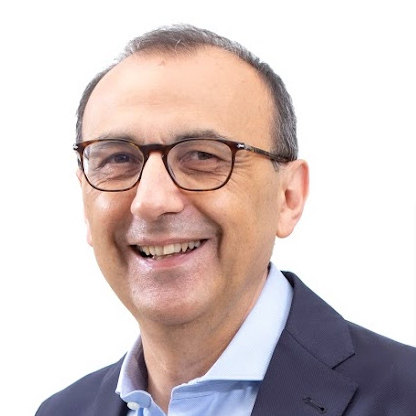 Giovanni Padula is an urban economist, director and founder of CityO Srl, a research and consulting firm specialized in the evaluation of investment projects on a territorial scale.
He is an adjunct professor at the Carlo Cattaneo University of Castellanza (LIUC) with a course on the economics of cities and the economic-financial analysis of investment projects.
He has developed several projects in the field of territorial analysis and economic feasibility studies. He conducts economic impact studies, creative and cultural industries analysis, and city strategic plans. Feasibility studies focus on investment projects and cultural infrastructures.

As a consultant to the Matera-Basilicata 2019 Foundation, he carried out analyses on tourism, infrastructure, the creative and cultural system, and economic impacts - producing, among others, two reports: "The Economic Impact of Matera European Capital of Culture 2019" and "Tourism in Matera and Basilicata.”
He was formerly director and founding partner of Creativity Group Europe Srl together with Richard Florida and Irene Tinagli. Creativity Group Europ was a research laboratory on the creative economy and produced, among others, the reports "Italy in the Creative Age" and "Sweden in the Creative Age."
Between 2000 and 2001 he was an executive manager at Seat Pagine Gialle Spa and a partner and managing director of Polix Spa, an internet start-up one of the first European companies to develop online survey technologies.
From 1991 and 2000 he worked in New York City, first as an economic correspondent in the editorial staff of Sole 24 Ore, then as U.S. correspondent for the weekly magazine Il Mondo.
From 1996 to 1999 he was a member of the editorial board of the Washington D.C.-based World Bank magazine Urban Age. In the '80s he was a researcher at CESPRI, Center on Internationalization Processes of Bocconi University, and junior editor of the publishing houses Il Saggiatore and Edizioni di Comunità.

He holds a degree in Economic and Social Disciplines (DES) from Luigi Bocconi University in Milan.