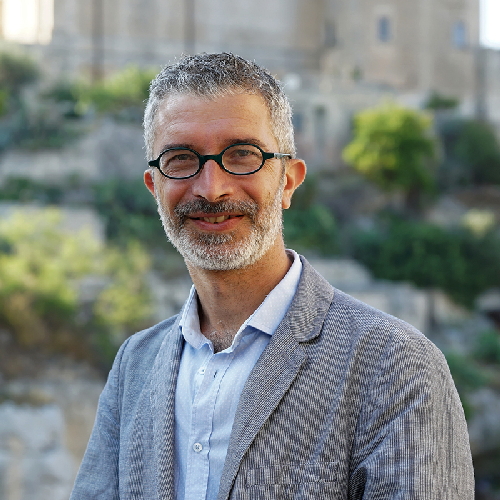 He was born in Matera on 31st July 1972. After graduating from artistic college, he earned his degree in architecture from the University of Florence, where he also attended the La Pira International Centre, a training ground for life with the belief that a united world is possible. Returning to Matera, he worked as an architect with IPOGEA, an Education Centre on Knowledge and Traditional Techniques, flanking architect Pietro Laureano in the drafting and creation of Italian projects, from which he discovered a scientific reading of the ancient cave dwellings of Sassi di Matera, that was interwoven with a love for the Ancient Neighbourhoods imparted by his father on long Sunday strolls.