Cinema and poetry seen as a lingua franca to bring together peoples, civilisations and cultures: this is the objective of Rete Cinema Basilicata, to seek connections and points of contact between the different European countries in the Mediterranean through cinema and the universal language of poetry.

The driving force behind it is the great Rocco Scotellaro, a poet, writer and much more, and a symbol of the freedom of countryfolk and of the Lucanian pride which mark his commitment and his production.

The film, an immersive experience, will be a collective enterprise, an open participative workshop, and will take place in Matera at an artistic residency between 18 April and 2 May.

There will be five pairs of authors from all over Mediterranean Europe. The pairs are formed by a film-maker and a poet, starting with the poem La mia bella patria (My Beautiful Fatherland) leading to a production of the film in five episodes. The film is called MaTerre and will be presented in a world preview on 24 August 2019 in Matera at the Parco della Murgia, followed by the music and performances of the Festa della Terra (The Earth Festival). As the poem says, in the hope that a breath can transplant this distant seed. 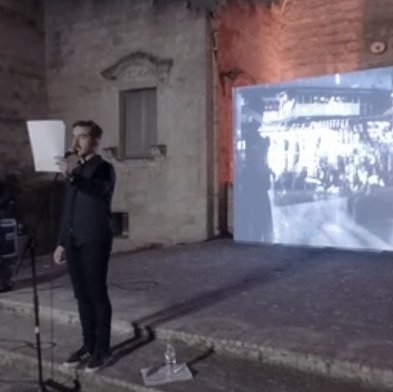