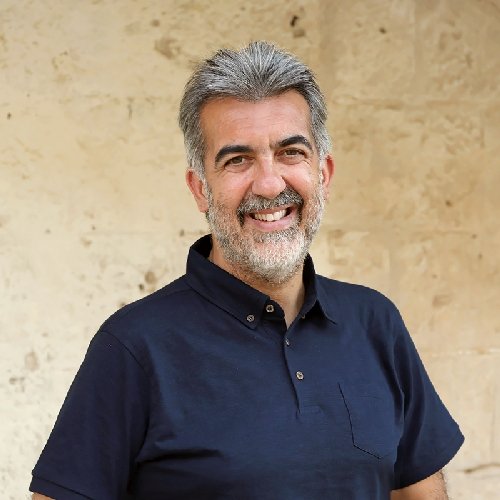 Paolo Verri was born in Turin in 1966. Graduated in 1990 on Liberal-Arts at the Catholic University of Milano finalizing studies with a degree thesis on the relationship between culture, literature and television. His graduation thesis “Book and television: a difficult story” was written with the direction of Aldo Grasso and Gianfranco Bettetini and published by RAI, the national broadcasting company. From that point on he has been working in the publishing industry, first as copy editor, then as editor in chief taking also care of several series for some publishing companies, and finally as general manager of the Italian Internazional Bookfair and Italian International Music Fair Exhibition both based in Turin (role that he held from 1993 to 1997). In the 1998 he became Media Manager for the Italian Publishers Association, promoting Italian book production at international level.

In 1998 he started working for trade and promotion of the city of Turin and in the year 2000 was appointed as Chief Executive of Torino Internazionale, the association that develops, coordinates and manages the City Strategic Plans.
In 2003 he takes charge of Atrium Torino, the organization appointed to communicate the city transformations and the Olympic event held at Solferino square in Turin. During the Olympics Torino 2006 he directed the Sponsor Village.
In mid 2006 he left both roles to take on the managing of the Italia 150 project, which in may 2007 became steering committee. The main goal of the Italia 150 committee was to perform a huge, more than 9 months, event that in the year 2011 (year of the 150 anniversary of the Italian Unity) recounted the past, the present and the future of Italy. Italia 150 had a budget of 42 million euros and reached the goal to host more than 4 million people in less than 250 days.
In July 2011 he became the director of Matera 2019 Committee, an organization born to promote the city of Matera as a candidate for the European Culture Capital: successful bid, since Matera became last October 17 European Capital of Culture representing Italy in 2019.
In the meantime, from March 2013 to April 2015, he has managed contents and events for the Italian Pavillion of the Expo2015, that is taking place in Milan (May 1st and October 31st 2015) and whose title is “Feed the Planet, Energy for Life”.
Since May 2015 he has been appointed Director of the Matera-Basilicata 2019 Foundation, body responsible for the implementation of Matera 2019’s programme. He is also consultant for various cities in order to develop their strategic plans.
Big sport supporter, he is also president of the Osvaldo Soriano Football Club, the Italian writers national football team. He is also a travelling lover, passion that shares with his wife and their 3 children.