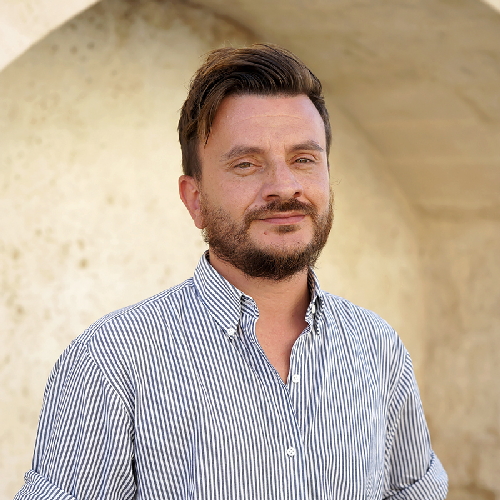 Former digital nomad, Claudio Amendolagine has been a Social Media Marketing consultant for companies and SMEs in Italy and abroad since 2010. He is co-founder of the Fractals start-up of Milan and taught the “Video Viral Marketing” module of the Sole 24 ore Masters in Digital Communication in Milan (2012). He currently leads workshops on Social Media Marketing for Companies at the Vocational Training Agency of Matera. Claudio is creator of the lifestyle blog calao.me and a contributor to the ModalitàDemodé web magazine. He is also creator and administrator of a digital project, PVF Matera il Mito, and recently published the project in book form, entitled “VincereTutto'. .
After completing an Erasmus internship at the University of Helsinki, Claudio studied International Relations at the L’Orientale University of Naples. Then he completed a Master in European Public Relations at the Ateneo Impresa Business School in Rome. He spent two years in the United Kingdom (2008-2009), where he completed an internship with the Leonardo Da Vinci Project. He also spent two years (2013-2015) in Sydney, Australia.
After his long journey of learning and experimentation he returned to Basilicata to close the circle  and to contribute to making a change in his hometown of Matera, as  a member of the communication team for the Matera-Basilicata 2019 Foundation.