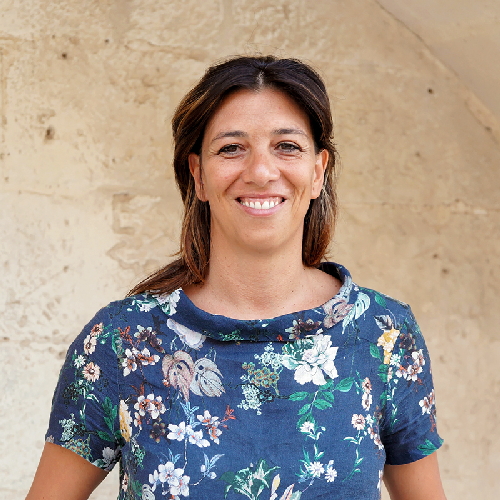 Originally from Salento, she studied in Perugia, graduating in communication science and writing her dissertation on street TV and social involvement. After taking part in the Erasmus project in Romania and the Youth programme in Slovenia, she chose to move back to the South, to Lecce, where she took a master’s in public communication and another in international cooperation.

Since 2015 she has worked as a contributor dealing with online and offline communication, press office and the planning and organisation of cultural events. Over the years she has collaborated with a theatre in promoting shows abroad and with a local development agency (GAL), as an editor and organiser. She also works with several training organisations as a teacher and holds courses in upper secondary schools.

Her interest in the world of communication has always run alongside that for associationism, where amongst civil battles and ever new professional collaborations she has been able to develop, dealing with management and communication in complex projects such as the Casa delle Donne di Lecce and the Spazio Multiculturale Crocevia.

Since 2012 she has been collaborating with Bande a Sud, a festival that has been running for seven years in her hometown; a project which is dedicated to “bande da giro” (traditional southern Italian music bands) and to contemporary musical contaminations, for whom she has been handling communication. She has been working for Matera 2019 since August 2018 and is convinced that it is an important project for all of southern Italy.