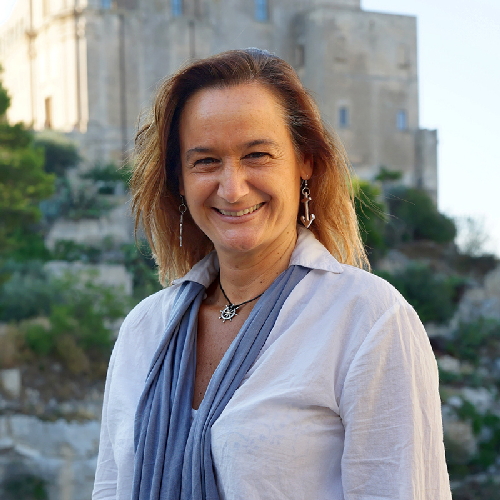 An international jurist, trained with the UN and the EU, Daniela Tamalo has had important work experience in public administration, in third-sector associations and in the national and international private sector.

She holds a degree with honours in Political Science specializing in international studies. She has been included as one of the top 1,000 women in Italy by Fondazione Bellisario. After completing a Masters in EU and International Organization Legislation she started her academic career. In 1997 she joined the staff of Professor Mario Monti at the European Commission. She was a professor of International and Community Law and a researcher at AGCM (Competition and Markets Authority). She was also the Public Affairs Manager at the former Tele+/Group Canal+, now Sky, with a major role in lobbying and she took part as an expert in several work sessions with CONFINDUSTRIA and Ministries. In 2003, she was appointed as a counselor for audiovisual issues at AGCOM (Authority for Communications Guarantees) and as a European expert at the UN Economic Commission for North Africa. In 2005, she was responsible for European and International Affairs at FEDERPARCHI (Italian Federation of National Parks) and a national expert within several commissions at UNESCO, IUCN, UNEP and CBD.

She has published numerous articles and three books with the Politechnic of Turin, the University of Cambridge and Federculture. She was appointed General Secretary of the CNI at the IUCN under the presidency of the Ministry of Environment. As a CSR manager, in 2012 she created and managed a social responsibility and sustainability programme which was awarded the Italian Responsible Tourism Award-UNESCO in 2013. In 2014, she moved to Madrid where she worked for MAGRAMA at the Secretaria General de Pesca, dealing with governance, European politics and cooperation in Latin America. She also worked on projects in the Mediterranean area collaborating with IUCN-MED in Malaga, coordinating a Horizon2020 project in Palma de Mallorca and supporting several activities and institutions in the Canary Islands, among them the UNESCO Biosphere Reserve in Lanzarote. She has recently been involved in a project financed by ESA.