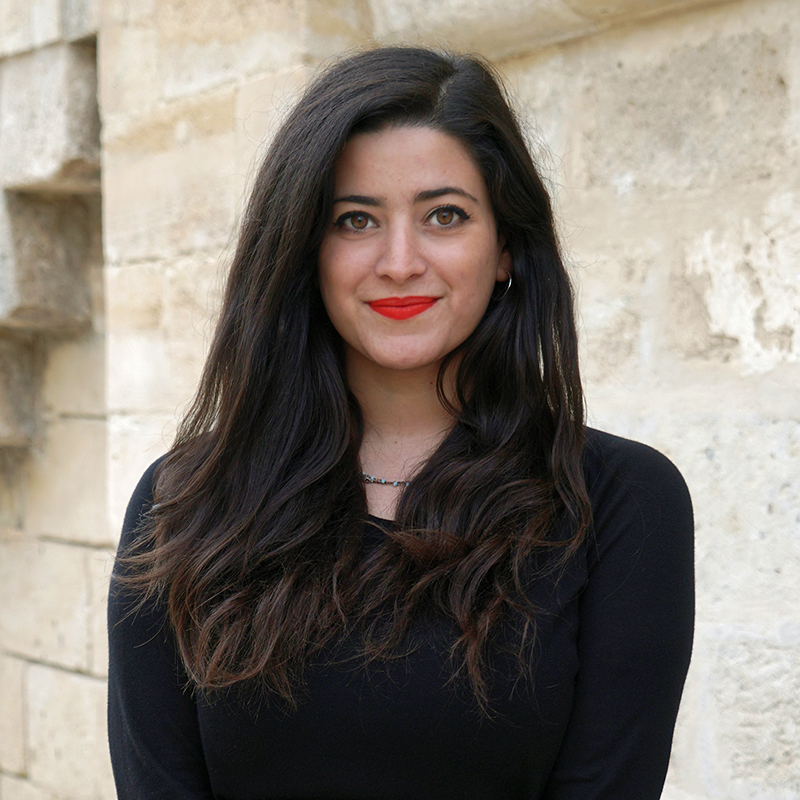 Anna Calise was born in Naples in 1991. Her hometown inspires her to build a stronger and more open Southern Italy. She believes that culture, its development and accessibility are the keys to allow the growth of territories and citizens alike.

Anna graduated in Philosophy from King’s College in London. By studying philosophy she learnt the art of doubt as well as the value of synthesis and abstraction. She moved back to Italy and studied Arts Management at SDA Bocconi where she learnt to manage economic tools within cultural projects. Later, she moved back to Naples and collaborated with public and private institutions, such as the “Sopraintendenza di Pompei”, the National Archeological Museum, Fondazione FoQus – a non-profit organisation (Onlus) dealing with urban regeneration in the Quartieri Spagnoli of Naples. At the same time she gained her Master’s Degree in Management of Cultural Heritage from the University of Naples “Federico II”. In 2018 she collaborated with Google Arts and Culture and worked on building the digital profile promoting the art of Naples at an International level. She becomes part of the Build Up programme run by the Matera Basilicata 2019 Foundation, which allows her to discover the cultural programme and the region that is hosting it.

At present, she lives in Matera and deals with community projects involving local citizens. She is keen on developing the cultural project of our European Capital of Culture through a bottom-up approach.