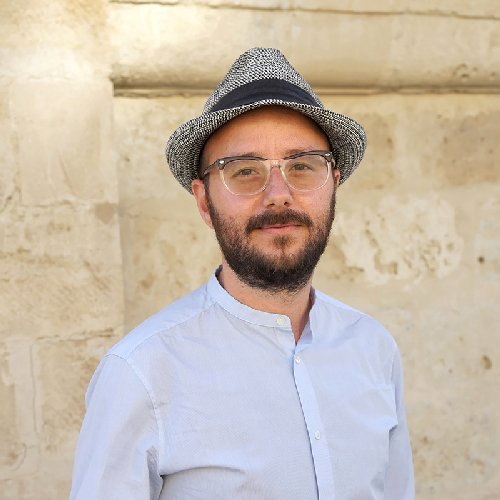 Paolo Mele was born in 1981 in the farthest point of Apulia. He was a researcher in Communication and New Technologies at IULM in Milan and a visiting researcher at the New School of New York from 2013 to 2015.

Since 2011 he has been the director of the organization Random, which deals with contemporary artistic and cultural planning. Since 2015, he has also been the manager of the cultural and artistic centre Lastation, which is in Gagliano Leuca, the furthest railway station in the south-east of Apulia. In 2013 he started the project "Indagine sulle Terre Estreme" (investigation into the extreme lands) which uses contemporary art to critically analyze the territory of the Capo di Leuca (the southernmost point in Apulia)

As an expert in media and cultural planning, he worked for the Biennalle of Young Artists from Europe and the Mediterranean (BJCEM) and with several international organizations including the World Bank, New Art Exchange, ResidencyUnlimited and Fondazione Veronesi.

In Lecce he was a co-founder and coordinator of the Observatory of Political Communication of the University of Salento and the cooperative P.A.Z., which deals with communications and media.