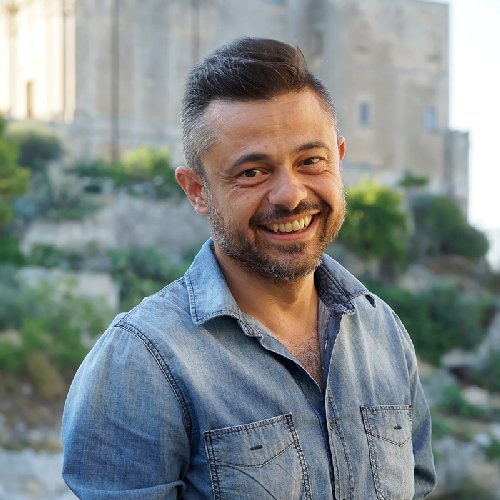 Domenico Bruno is a migrant soul. He was born in Matera in 1975 and in the 1990s he gained a Degree in Economic Policy AT Modena. In the 2000s, he moved to Milan to complete a Masters in Musical Communication AT Cattolica University.

In Milan, he worked in production in the sector of live music and major corporate events, first for BarleyArts and then for F&P Group. Working in production, he is always on tour, travelling around Italy and Europe to meet the most popular Italian and international pop singers. When he became Executive Producer in 2007, he flew to a Spanish island as he enjoyed being surrounded by the sea. In 2008 he returned to Matera. He regularly works in Rome as a production specialist in the broadcasting sector and the film industry. He collaborates with EBU-Eurovision, Rai Cinema, Sky Italia and FPC srl.