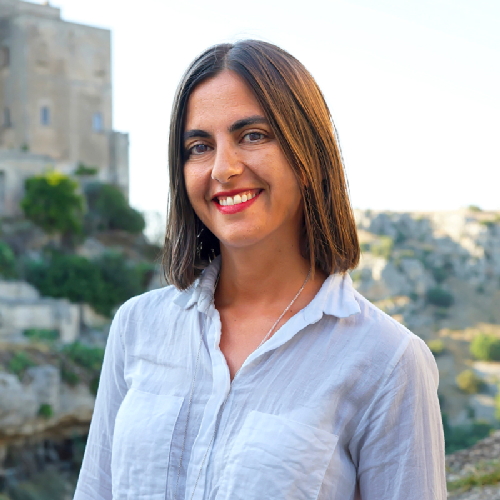 Paola Lopes graduated with a second level University Masters degree in Art Management from the Ca’ Foscari University of Venice and then from the Alma Mater Studiorum of Bologna. She is a cultural economist in the creative sector. She moved to Berlin, Germany, where she worked in the operational headquarters of Artfacts.net, a company promoting contemporary art from London. There she wrote her thesis on cultural districts, analysing the benefits of a strategic plan for the creative sector to improve community well-being.  In 2008, thanks to the Ministry of Foreign Affairs CRUI program, she worked at the Italian Cultural Institute in Los Angeles setting up a cultural program promoting Italian identity in the United States. In Italy she has worked with several multi-national corporations such as Sixty spa and the Fater/Proctor& Gamble, market leaders in fashion and in personal care. In these roles, she deepened her understanding of the economic criteria for cost-effective production in creative industries. She has used these skills in a number of creative projects in which she has been actively involved. These include a project in Rome to set up and develop the smART-Polo for art start-up; another R.O.P Abruzzi ESF project in Matera focusing on research and district development; and a third in Abruzzi for another territorial development plan co-financed with PAR FSC 2007-2013 funds from the Abruzzi Region.