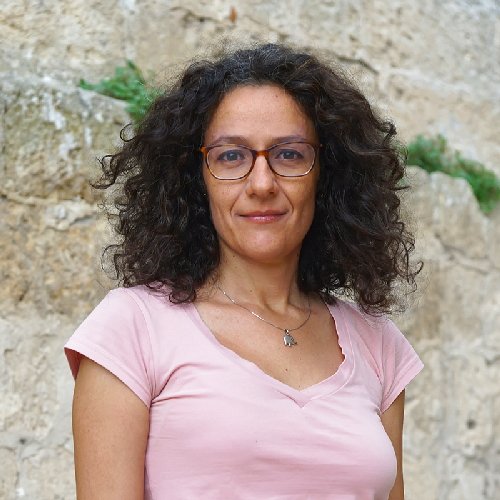 Gessica Paolicelli was born in Matera in 1972.  After gaining a Degree in the Disciplines of Arts, Music and Entertainment from the University of Bologna, she specialized in Management and Multimedia Services for Culture and in Cultural Management. She also gained a Masters in Entertainment Projects and Events Management from the Faculty   of Social and Human Sciences at Federico II University of Naples, in collaboration with the Stoà Institute of Studies for Business Management.

She is a cultural arts event manager, publicist and journalist, and has worked

for Ergo Sum Produzioni of Rome, and, from 2012 to summer 2016, for the annual seasons of opera, ballet and symphonic orchestras of the Fondazione Petruzzelli in Bari.

She was artistic co-manager and stage manager of Petramorphosis, a theatrical performance which was part of the RelAzioni project by Ismezonlus (National Institute for Musical Development of the  Mezzoggiorno of Italy) and which was

performed in 2008 in Basilicata.

She collaborated with the Galleria Opera Arte & Arti of Matera ON the organization and the promotion of prestigious contemporary art shows, and with several Lucanian associations (Amabili Confini, Le Città di Pietra, La Fenice, Allelammie, Cinefabrica) to design and carry out artistic and social activities, exhibitions and film festivals.

Gessica completed an internship at AICER (the Agency for Cultural Events of Emilia Romagna Region) of Bologna. She was also involved in fund-raising and co-marketing with business for the first edition of Napoli Teatro Festival Italia. She taught simulated event management training as part of the “Tra le terre di mezzo”, A Hermes Teatro Laboratorio theatre company project.

She collaborated with the Coordination of Choreographers and Contemporary Dancers of Bologna for the Arkivia-Danza Project, promoted and financed within the framework of activities for Bologna 2000, European Capital of Culture. She is passionate about the performing arts, and has participated in courses, seminars, theatre and dance laboratories led by notable university professors, theatre companies and film makers. She loves nature and practices yoga.