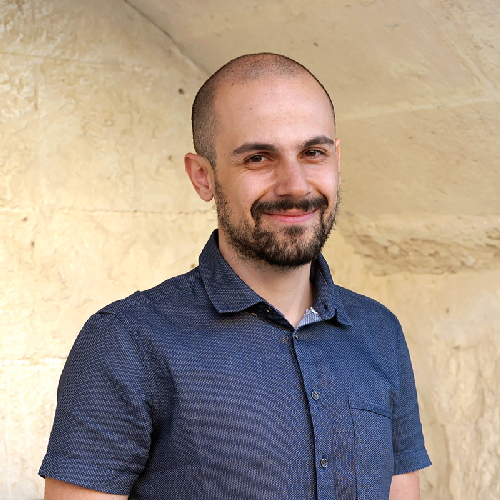 Nicolangelo Schettini was born in 1990 in Lauria (Pz).  He studied at the Alma Mater Studiorum at the University of Bologna where he gained a Bachelors degree in International Studies and a Masters degree with honours in International Cooperation, Protection of Human Rights and Ethno-cultural Heritage.

Thanks to the Erasmus+ Programme, he had a chance to study and hone his skills in The Netherlands at the Erasmus University of Rotterdam.  While a student, he worked as a library assistant at the BUB (Bologna University Library) where he was involved in the first digital cataloguing of the music archives of the Library.

His international interests and passion for art merged in the desire for learning  the rules of cultural event management and realization. In 2012 he approached the Matera-European Capital of Culture 2019 project and attended the Flash Master in “Cultural Event Management” organized in Matera within the framework of “Festival of Festivals” and dedicated to cultural operators. In 2017 he earned a Master in Entertainment Business from the University of Bologna. He could attend the lessons of distinguished professionals such as Lucio Argano, Vincenzo Cavaliere, Antonio Taormina, Andrea Maulini, Franco Bianchini, Giovanni Scoz, Mimma Gallina, MicheleTrimarchi. Then he earned an internship at the Matera-Basilicata 2019 Foundation, allowing him to collaborate with the staff and participate in many events.

He also took part in the Build Up program of the Foundation and was selected as“Maker”. Since 2019 he has been production assistant for Matera-Basilicata 2019 Foundation.