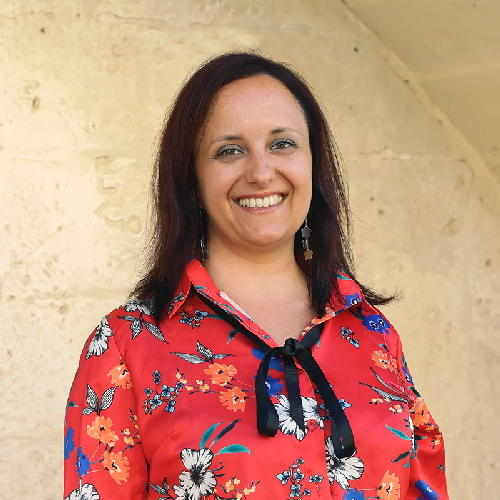 Born in 1979, a cinema lover, she learnt to watch films before she learnt to read and write. At 14 she became a member of the Cineteca Lucana,with whom she organised festivals and exhibitions.

Having moved to Rome, in 2005 she graduated from la “Sapienza” University of Rome in “Performance Genres and Techniques: Cinema, Theatre and TV”, creating a medium-length film for her experimental dissertation project on Jean-Luc Godard. She subsequently completed a master’s in “The Press Office for the Cinema” organised by the Gruppo Nazionale Giornalisti Ufficio Stampa (National Group of Press Office Journalists) of Rome, the Sindacato Nazionale Giornalisti Cinematografici (National Union of Italian Film Industry Journalists) of Romeand the Consiglio Nazionale dell’Ordine dei Giornalisti (National Council of the Journalists’ Association).Her career took off amidst the lines of articles written for specialist sites and journals.

In 2006 she returned to Basilicata and started working for Noeltan Film, as coordinator of the 3rd edition of the Potenza Film Festival as well as for the Giuria dei Ragazzi and as a teacher with PFF Labs.

At the end of 2007 she founded the cultural association“La Settima Arte”,of which she is president. The association operates in audio-visual and photographic production and post-production (from the screenplay to editing), and in event organisation (from cinema to street art, all the way to contemporary social circuses).

In 2007 she also started to collaborate with the Lucania Film Festival, for whom, beginning in 2016, she started working as a scientific consultant, organiser and teacher.

In 2010 she became a teaching fellow for the chair of “History and Theory of the Cinema” held by Professor Manuela Gieri, at Unibas, and won a research doctorate in “Contemporary History”, with a project on Italian documentaries from the ’50s and ’60s as historical sources, thanks to which she won a study grant at the New Sorbonne University - Paris III. Since last year she has worked as a contract lecturer at Unibas in “Laboratori di cinematografia e critica cinemografica” (Cinematography Workshops and Cinematography Criticism).

Since 2006 she has been teaching cinema, photography and theatre in schools, for master’s programmes and with institutions which deal with youth issues, and she has written various essays and articles for national and international magazines and journals.