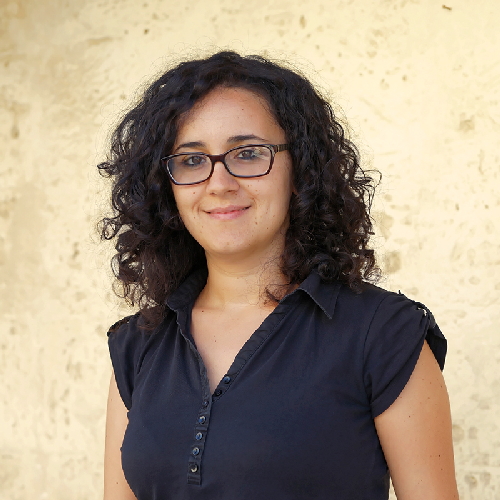 After graduating, she attended a Master in Marketing, Public and Business Communication specializing in Social Media Strategy and collaborated to a research project on the monitoring of the private broadcasting stations in Apulia promoted by Corecom Puglia with the University of Bari. She lived in Apulia for several years where she started to work as a journalist for some online newspapers, for a local radio station and later for the press office of a consultancy firm dealing with local development and participatory planning. In 2013 she started working with the Fondazione Leonardo Sinisgalli in Montemurro where she was the person in charge of the press and communication office. From 2015 to 2016 she took part in the training programme “Borse di studio per la promozione e comunicazione del brand Basilicata nel mondo” (Internships for the promotion and the communication of Basilicata brand worldwide) promoted by Fondazione Eni Enrico Mattei and the Basilicata Region. Within the framework of the above mentioned programme she spent three months at the Malta Society of Arts in La Valletta (Malta), the European Capital of Culture 2018, and six months at Matera-Basilicata 2019 Foundation in Matera, the European Capital of Culture 2019. During these years she gained experience at the front office,in the organizing secretariat as well as in the press and communication office. In Malta she joined “Tal Kultura”, the team of Malta 2018 volunteers for the Valletta Green Festival. In 2017 she did an internship as a press agent at Matera-Basilicata 2019 Foundation. Since the beginning of 2018 she has been working for the Foundation, a great unique opportunity to tell the whole world about Matera European Capital of Culture 2019 and the region of Basilicata alike through local, national and international media. She loves travelling, reading, singing as well as discovering the hidden tangible and intangibile heritage within the territory.